Samsung Galaxy On7 2016 is already certified by Chinese certification authority TENAA. Now, there are reports that the phone is certified by FCC. Unlike TENAA, the documents available from FCC don’t reveal the specifications of the device and not even include the photographs of the device.

The Galaxy On7 2016 phone will come packed in a 5.5-inch display with 1920 x 1080 pixel resolution. This phone is powered by Snapdragon 625 chipset and an octa core processor with 2 GHz clock speed. Samsung has also added an Adreno 506 GPU to this handset and 3GB RAM for faster processing speed. There is an internal storage of 32GB, which is enough to store your important documents, photos and videos on this phone. 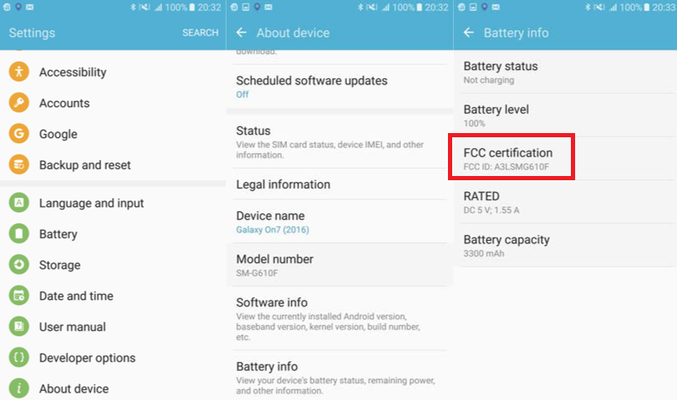 Samsung’s phone has a 13MP primary camera and an 8MP front facing camera for clicking selfie images and video chats. There is a fingerprint sensor embedded in the home button of this handset. It has a 3,300 mAh battery and runs on the Android 6.0.1 operating system pre-installed. This smartphone has been provided with an added support for FM radio and will be offered in numerous color options including Gold, Black, Pink Gold, Metallic Gold.

We are expecting the Korean giant to unveil this handset during the trade show in Berlin, as IFA is proceeding nearer. IFA 2016 event will take place on 2nd September and will continue till 7th September. Check out the best pay monthly deals for Samsung Galaxy Note 7 to purchase this handset from the retailers in UK at an easy price range.