Samsung has now started sending out the press invitations for a launch event to be held in India on 23rd August. We can expect the Korean giant to launch its upcoming Tizen-powered Samsung Z2 phone at this event. However, it is not revealed in the invite that who is the star of this event. 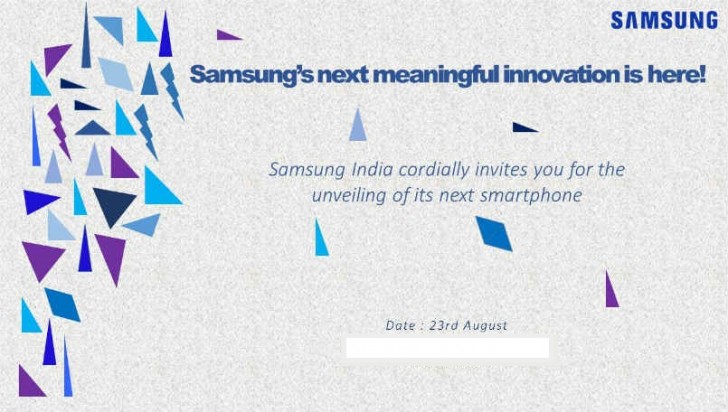 It is confirmed via an official looking video recently that the Z2 phone will come powered by a quad core processor clocked at 1.5GHz speed. There is a 5 MP primary camera for clicking high quality pictures. This handset comes pre-loaded with an application which has in-built My Money Transfer.

It also features an ability to adjust the brightness of the flashlight of this smartphone. It might come with a 3.97 or 4.5 inch display and features a VGA camera in front. There is 1GB/8GB memory configuration. This handset will get 1,500 mAh or 2,000 mAh battery to keep the lights on.