Now, it’s less than a week left in official announcement of Xperia X Compact and a list of specs for this handset is exposed. It is reported that the specs for another phone Xperia XZ have been revealed along with the Xperia X Compact. We can expect this phone to come powered by a quad-core Qualcomm Snapdragon 820 processor, but there is nothing known about the RAM. 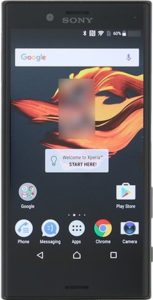 Since this upcoming smartphone from Sony belongs to the Compact series the display will be smaller than usual display. It will get a 4.6-inch display but there is no information about its resolution yet. However, the reports have revealed that this smartphone will be powered by a 2,700 mAh battery. Also, this unannounced device will feature USB Type-C port.

Sony’s Xperia XZ is rumored to get a similar quad-core Qualcomm Snapdragon 820 processor under the hood and 4GB RAM for faster processing speed. There is a 23MP primary camera with two LED flashes and a laser autofocus. It assures that the users get high-quality pictures with this camera. It will get a 13MP front facing camera for clicking great selfie images.

The Xperia ZX will come with a larger 5.2 inch Curved 2.5D glass display and will include an USB Type-C port. Both the Xperia X Compact and Xperia XZ will be officially unveiled at IFA event 2016 to be held on 1st September.

Check out the latest Sony Xperia X best and cheap offers from various retailers in UK providing this handset at an easy price.