Last year, the Exynos chipset from Samsung was reputed as the top performers but now the Korean giant has started mass producing these chipsets for the masses – the Exynos 7570 Quad. The new chipset is said to come packed in the entry level smartphones as it has a quad core processor and supports display with 720 pixels resolution.

Also, there are reports that this is the first chipset in its class to be built on efficient 14nm FinFET Technology. This shows that it uses 30% less power in order to deliver 70% more performance to its processor. Its processor has been provided with four Cortex A52 cores but currently there is no word on the graphics processor. However, we are expecting a Mali T8xx to come along. 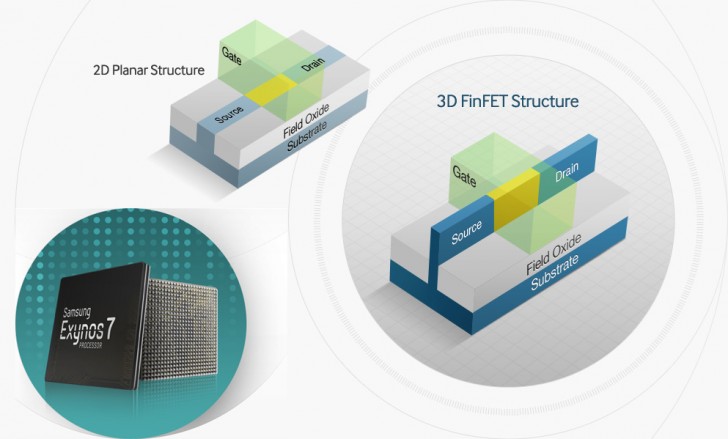 This chipset sports 13MP and 8MP cameras that have capacity to record videos to 1080 pixels resolution. For connectivity, it has fast LTE Cat 4 with 2 carrier aggregation, Bluetooth, Wi-Fi, GPS and FM radio. It is reported that the Exynos 7570 Quad will power entry level phones while on the other hand the mid-range will get Exynos 7870 octa. It is built on 14nm but has eight A53 cores and support for higher screen resolution and a fast LTE connectivity option.