Samsung Galaxy Folder 2 has got numerous leaks in the month of August. This smartphone was first spotted passing through TENAA then we got a couple of leaked promotional images for this smartphone. Yesterday, we got to see this smartphone in gold color option. Today, there are reports that this smartphone is again making rounds in leaks. Some new pictures are leaked online showing this smartphone from different angles. 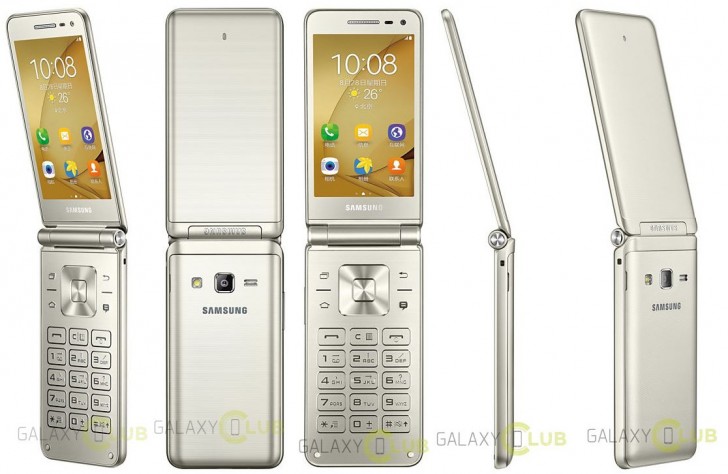 However, this device is yet to be announced but its official images are already available for general public to enjoy. This smartphone is expected to be announced as Korea or China exclusive. This flip phone is expected to come with a 3.8 inch WVGA display. It is powered by Snapdragon 425 chipset and has been provided with a quad core processor clocked at 1.4 GHz speed. Samsung has packed it with 2GB RAM for faster processing speed.

There is an internal storage of 16GB which can be expanded further with the help of micro SD card. This smartphone has an 8MP rear camera and 5MP front-facing camera for clicking selfie pictures. It has been packed with 1,950 mAh battery. Samsung Galaxy Folder 2 will run on the latest Android 6.0.1 Marshmallow operating system with TouchWiz user interface.