Lenovo has just unveiled its mid-range metal phones at the IFA event that took place in Berlin. The K6 phone of the manufacturer is an entry-level phone of the new K-series range, while on the other hand K6 Power from Lenovo has more internal firepower. Third phone unveiled by the Chines manufacturer, K6 Note, has been provided with a larger display, improved camera and 4GB RAM. 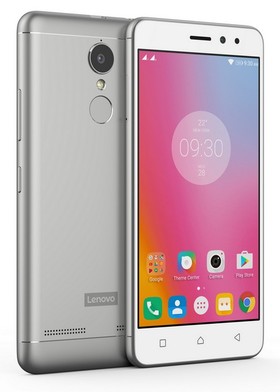 Each member of the K6 range is powered by Qualcomm Snapdragon 430 SoC chipset and octa core processor clocked at 1.4 GHz clock speed and Adreno 505 graphics. There is a fingerprint sensor located to the rear of each of these smartphones. These will run on the Android 6.0 Marshmallow operating system included across the board.

Lenovo’s standard K6 handset has a 5 inch FHD display with 1080 x 1920 pixels resolution. There will be an internal memory of 16/32 GB which can be expanded further with the help of micro SD card. This phone is provide with a 2GB RAM and 3,000 mAh battery for better capacity. It has been provided with 4G and is bundled with the usual array of connectivity such as Bluetooth 4.1 and GPS. This handset gets an 8MP selfie camera and 13 MP primary camera. 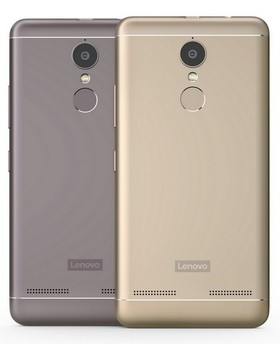 Lenovo K6 Power get a welcome battery having capacity of 4,000 mAh. There are actually two separate configurations of K6 Power, one with 16GB internal storage and 2GB Ram. There is another model getting 3GB RAM and 32GB internal storage.

Finally, Lenovo’s K6 Note phone will get a 5.5 inch display and just like the K6 Power phone it also has two separate specifications. Both these handsets include 32GB internal storage with further expansion possible. However, there is a choice between 3 or 4GB RAM. The K6 Note phone has been provided with a sizable 4,000 mAh battery. It has a 16MP primary snapper and 8 MP front camera.

Lenovo’s K6 trinity will be available to the customers in three color options namely Dark, Grey, Gold, and Silver.