Samsung China has now unveiled the Galaxy Folder 2 handset with model number SM-G1600. This is a flip phone with a design that has come straight out of the early 2000s. This smartphone will be powered by a Qualcomm processor and will run on the Android 6.0.1 Marshmallow operating system. We saw a device on TENAA six weeks ago, which is much larger than the clamshell devices we were using  a decade ago. Recently, we also got a number of pictures leaked for this phone online which also revealed a few specifications of this handset. 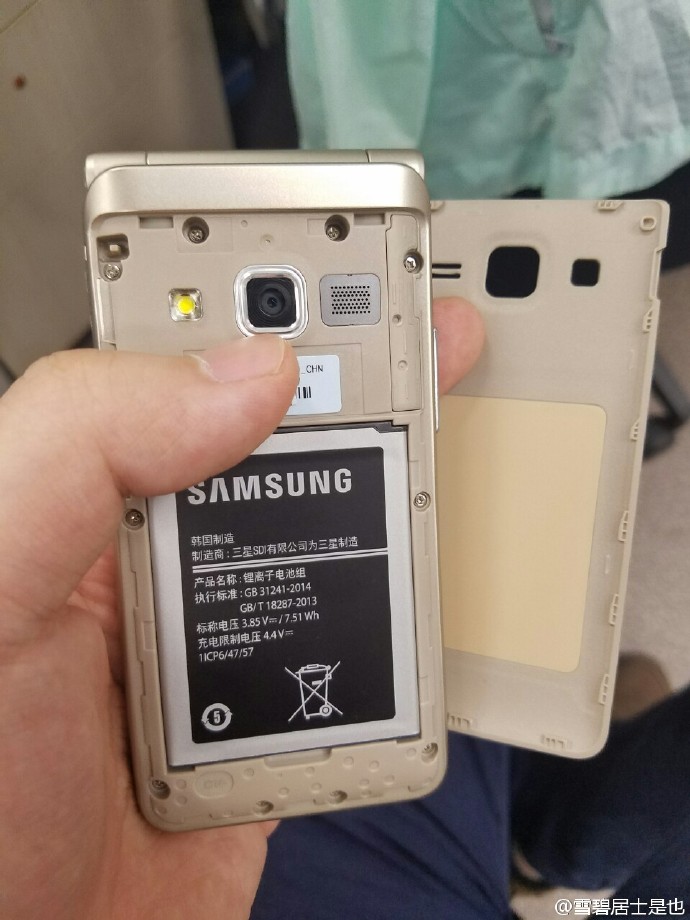 It has been made clear by the Korean giant that this handset will get a 3.8-inch display, which is slightly smaller than the 4-inch panel on iPhone SE. The folded height of this device is 122mm and the wingspan is considerable when opened. There were no surprises from the manufacturer with this smartphone because it was already unofficially unboxed. It’s display has wide viewing angles with 480 x 800 pixels resolution. This smartphone has a Snapdragon 425 processor and 2GB RAM for faster processing speed.

There will be an internal storage of 16GB, which can also be expanded further. Samsung’s Galaxy Folder 2 will get a 1950 mAh battery, which is suggested to offer an impressive 318 hours stand-by time. This dual SIM phone will be packed with an 8 MP primary snapper with LED flash for clicking better quality pictures even in low light conditions. There will also be a 5 MP front facing camera for clicking better quality selfie pictures.