Samsung has another problem to disturb its working besides the explosion of the Galaxy Note 7 phone. There are reports that an older phone, Samsung Galaxy S7 Edge from the company has also experienced spontaneous combustion. Recently, we reported that the Galaxy S7 Edge exploded overnight while charging.

However, this is not the first time that a phone has been through this kind of problem. But this time a lawsuit has been filed in the Superior court of New Jersey by Daniel Ramirez, who was the owner of this phone and purchased it from Best Buy in March. On 30th May this year, Daniel was working at his construction site on a bookstore of Amazon in Ohio, when he found his Galaxy S7 Edge caught in fire in his pocket. This ended up giving Ramirez second and third degree burns as his pants melted on his leg. And as a result of this fire, he had to undergo painful skin grafts and now has “permanent and life altering injuries.” 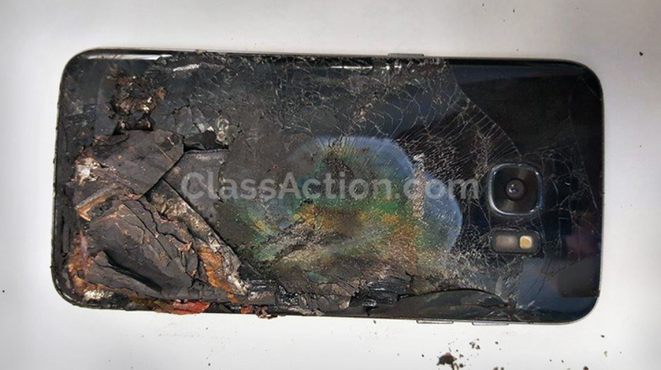 This is the first time that Samsung is sued over a battery issue with one of its handsets but with what happened to the Galaxy Note 7 phone we don’t think that it will be the last.

You can check out the photographs of the remains of the phone that got exploded by clicking on the links below.

Besides all the explosion problems the Korean giant has faced in the last few weeks, its phones are popular amongst fans. If you want to purchase a new Samsung phone then check out the latest Galaxy S7 Edge offers from the retailers in UK, who are offering this phone at an easy price.